On this Eminent SEO blog, we generally offer marketing advice, website and social media tips, as well as SEO and tech news. On this go-round, however, we’d like to slightly deviate from our usual offerings and talk about an issue that more closely relates to something many of our clients would usually cover: addiction.

But we’re not here to talk about addiction to drugs, alcohol or other harmful habits that quickly come to mind. Instead, what we’d like to look more into is excessive online surfing, aka internet addiction.

Internet addiction is real, and it’s not spectacular. Studies show that it’s not all too prevalent now, but given the web-usage habits of millennials on down, it will likely become more common in coming years. Internet addiction isn’t yet considered an official disorder, but it’s listed in the U.S. as a condition that warrants further study. This condition is characterized by spending too much time on a computer or web-enabled device to the point where it starts to affect an individual’s relationships, finances, employment, health and more. People with “addictive personalities” are at-risk for becoming a little too attached to their internet-connected devices.

Like many other forms of addiction, internet addiction can cause excess dopamine in the brain, meaning it can give the user a sort of “high” when online. But once the person goes offline, he or she may feel withdrawal symptoms, such as anxiety or depression, when away from the computer. When an internet-addicted individual is not on the computer, he or she may spend most of the time itching to get back online again.

Not only is an internet addict’s relationships and job and school performance suffering, but the individual will likely lose interest in non-online hobbies or pursuits. Additionally, the internet addict may become defensive or angry when someone else comments on his or her behavior. Internet addicts may even go out of their way to hide the extent of their usage.

Which Online Activities Are They Addicted To?

Certain online activities are ripe for becoming a timesuck. If one is not careful, one or more online pastimes may become the centerpiece of a person’s life.

So what are the activities that internet-addicted individuals are spending so much of their time on? It could be one or more of the following:

How Widespread Is Internet Addiction?

Despite the increasing exposure to the internet and the ability to get online from virtually anywhere, internet addiction doesn’t appear to be an epidemic … yet.

It’s hard to gauge how common internet addiction is, and how to measure it, but here are a few stats that attempt to paint the picture:

Drawing from all of the studies above, it’s probably safe to say that internet addiction affects less than 10 percent of people worldwide. However, you can also estimate that a reasonably higher percentage of young people would qualify for being internet addicted.

China is particularly seeing an affliction of internet addiction, especially among young males. In 2008, the most populated country declared internet addiction a clinical disorder, becoming one of the first nations to do so, according to Voice of America. Three years earlier, China had already begun combating the problem, opening its first of many military-style internet rehabilitation camps.

China’s threshold for what qualifies as internet addiction might seem quite low to some. When it was first categorized as a disorder, internet addiction in China meant someone spent more than six hours online (not work- or study-related) each day and felt bad when unable to access a computer. While that may seem like a low benchmark, China is nonetheless not joking around when it comes to the problem. It is just one of many countries that has been taking steps to curb heavy web usage, with South Korea being another prominent example.

Risks and Consequences of Internet Addiction

Although the internet offers ways to connect with people all over the world, the interactions are often superficial and rarely a substitute for real-life relationships. Besides potentially hurting relationships, finances and job status, internet addiction can negatively affect people in other ways, such as exacerbating or giving rise to mental health issues.

Back in 2008, Dr. Jerald J. Block conducted a study that concluded that 86 percent of internet-addicted individuals exhibited other mental health disorders. The mental health conditions that are sometimes linked with internet addiction include:

People who are addicted to the internet may also become malnourished due to poor eating habits, such as not eating often enough or consuming unhealthy snacks and meals that don’t take too much time away from the web and can be eaten while sitting at a computer. As you can imagine, since sitting or lying down is the most common position for internet surfing, someone who spends hours and hours online each day will see their physical health start to slide as well.

More on Depression and Internet Addiction

Medical experts have had trouble determining if depression leads to internet addiction or vice-versa. Either way, the worse the addiction gets, the more one’s depression is exacerbated, in most cases.

This can become a vicious cycle. Depression can tempt someone into retreating to a computer or internet-enabled device and staying there for hours on end. In other cases, the allure of the internet can keep a newer user online for hours to the point where they’re doing it every day, but as their connections and relationships with others start to fade, depression can begin to seep in. If a person’s internet usage is making depression worsen, it’s time to pull them out of the cycle and begin some form of therapy.

You don’t have to search too hard on the web to find stories of people wearing diapers (especially for gaming) to keep their internet usage uninterrupted and others who have physically harmed themselves to try to pull themselves out of the digital timesuck.

These are unfortunate situations, but they hint at something direr than simply depression. Not only does web addiction closely relate to depression, but it gets even more serious: suicidal thoughts and actions.

The aforementioned Taiwanese study looked closely at the link between suicide and internet addiction. When comparing the internet-addicted respondents to the non-addicts, researchers found that internet addicts have:

Unsurprisingly, the same study also found that web-addicted individuals have a 65 percent higher rate of psychiatric morbidity, which means both physical and psychological decoration due to a mental condition.

How to Get Help for Internet Addiction 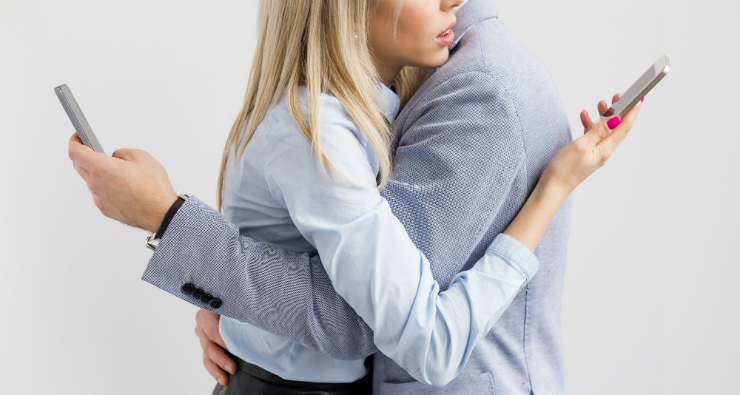 You’d be surprised at the number of ways you can treat internet addiction now, whether at home or in a professional environment. You don’t even have to fly to China to enter one of its rehabilitation boot camps!

If you know someone who exhibits many of the signs of internet addiction, don’t be shy in trying to redirect their attention to other hobbies or to help them seek professional treatment. As you just read, the consequences can even be fatal, in rare cases.

Software is available to help keep internet usage to a certain time constraint. Most of it is available for download online. It’s usually intended for parents and schools, but it will work for you if you’re trying to help a loved one with his or her web usage. Just do a search for “software to limit internet usage,” and you can read reviews and choose a product that works with your budget.

Also, if you’re a close friend or family member of someone who’s addicted to the web, it helps to model a healthy internet behavior to them. If you are on the web for several hours in a row too, or if you can’t finish a conversation with your loved one without checking your phone, it’s going to be hard to convince him or her to cut back. So, not only model appropriate web-usage behavior, but also try to encourage the person to frequently join you for social events, physical activities, etc.

Depending on the situation, a doctor or psychiatrist might prescribe certain medications to treat web addiction, such as antidepressants or anti-anxiety drugs. Prescription drugs such as Lexapro, Vivitrol (an extended-release injection), Wellbutrin, and a Celexa-Seroquel combination all are options for treating internet addiction.

The internet addict should go through his or her insurance in order to find and start seeing a licensed psychiatrist. The struggling individual could also join a therapy group. Some 12-step programs do accept internet and tech addicts, by the way. Of course, group sessions should take place in person, rather than in chat rooms or other online areas.

Cognitive Behavioral Therapy (CBT) has proven to be very effective when treating this type of condition. Led by a therapist, CBT helps replace addictive behaviors with something more positive and healthy. CBT can change thinking and behavior patterns, as well as give the patient some tools that will be useful throughout life.

If the situation is that grim or if group therapy isn’t working, you may want to look into residential treatment. Some hospitals and drug rehab centers offer programs for internet addicts. It’s still a relatively new process, but there should be a residential rehab center that will offer a little getaway from the digital world as well as expert guidance toward a healthier lifestyle.

Please share this article with your friends and loved ones to help spread awareness of the dangers of internet addiction.

This entry was posted in Industry News & Events, Technology and tagged Announcement, Health and Lifestyle.